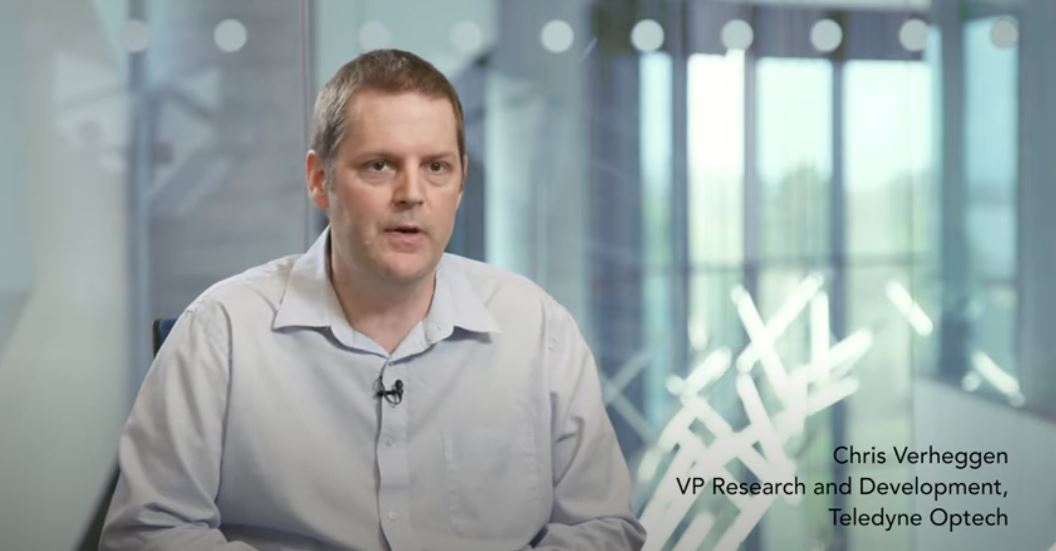 3D Mobile Mapping AI Project is a collaborative large-scale research program supported by Teledyne Optec Inc and the NSERC Collaborative Research Development (CRD) Program. A total of $2.6M cash and in-kind contribution will be invested in our research team. This project was officially started from January 1st, 2020 for the next four years.

Critical infrastructure, the interdependent networks of utilities, transportation, and facilities, are the backbone of Canada’s economy and society. Although Canada is the 2nd largest country in the world, with the world’s 10th largest economy, one-third of its infrastructure is already the need of a significant update. Regular, rigorous monitoring is necessary to ensure safe and efficient operation. However, current human-centric inspection practices are inadequate to fulfill this need. Inexpensive and more efficient technologies that are capable of continuous and accurate monitoring are necessary. 3D mobile mapping system (MMS) is an emerging solution that can collect visual sensory data using a common moving platform, and that has been used for many infrastructures and environmental mapping applications. There have been major advancements
in acquiring sensory data to produce 3D point clouds; however, the post-acquisition processing of these datasets remains a challenge to successfully generating 3D maps, which are semantically interpretable, geometrically detailed and georeferenced with survey-grade accuracy. Teledyne Optech, headquartered in Toronto, is a world leader in the MMS field. In collaboration with Teledyne Optech, the proposed CRD program will aim to generate an advanced data processing pipeline using a specific type of artificial intelligence (AI), called a deep neural network, which has recently achieved remarkable success in a computer and robotic vision and machine learning. This work will allow for the autonomous recognition of infrastructure assets using the MMS data and high-accuracy 3D models of critical networks, thus contributing to the field of
infrastructure management and improving urban sustainability as a whole. The technologies developed will be able to compete with the human-centric technique and reduce the time required for post-acquisition data processing; they will facilitate the operation of the MMS in GPS-denied environments and allow users to adjust survey parameters as needed in real-time. The HQP trained through this program will contribute to various Canadian industries and the fields of AI technologies, infrastructure management, urban planning, and MMS.

Headquartered in Toronto in close proximity to York University, Teledyne Optech has over 170 staff and 40 years of experience in LiDAR and camera technology, all dedicated to developing, producing, and supporting active and passive imaging systems for various organizations, serving the needs of government, research, and industries. As a spin-off company from York University, Teledyne Optech has
a longstanding relationship with the ESSE Department at York University via the Phoenix Mars Mission and OSIRIS-Rex for planetary exploration. Dr. Gunho Sohn has an established, long-term and productive relationship with Teledyne Optech for: bathymetric applications in the GEOIDE SHOALS project (2005-2007); the ISPRS (International Society for Photogrammetry and Remote Sensing) benchmark project on urban classification and 3D building reconstruction (2012-2016); several on-going projects including NSERC CREATE DAV, ORF-RE ISSUM and ORF-RE VISTA since 2016. Teledyne Optech has provided various job opportunities for former students in our lab and Lassonde co-op students. Through the NSERC CREATE program, internship opportunities have been designed for students to have
experience with the industry operation, a wide range of hardware and software that the company is operating as well as developing. Recently, the outcome of this internship program led to the successful commercialization of a noise filtering algorithm, which is now deployed by Teledyne Optech. All of these opportunities will be continued and enhanced through the proposed research program. The CRD program proposed here is greatly inspired by these existing and on-going collaborations, and the long-term relationship with Teledyne Optech has proven there will be no obstacles in continuing the involvement of students and further developing exciting research.